How to make sure your daughter is raised with the values you want her to have.

Parents who have children, will probably know that raising a child is not an easy task. There are many different lessons that parents must learn as they raise their children. In this article, I will discuss some of the lessons that I learned as a parent.

I’m not going to lie, I was a little disappointed when we found out we were expecting a girl; I had hoped for a son. Turn me in for the jerk-of-the-year award, please. It wasn’t that I didn’t want a girl; it was simply that I wasn’t sure how I’d connect to or raise a sex that liked tea parties over rugby matches.

It was simple to envision how I would raise a son. Strict discipline combined with love and respect, wilderness survival teachings, historic fights, countless wrestling contests, and gentlemanly instruction On the other hand, what about a girl? I was horrified by the prospect. Images of puberty, boy band concerts, uncomfortable dad moments, and an embarrassed/annoyed daughter all contributed to my conclusion that I wasn’t made out for the job of parenting a daughter.

Part of my misunderstanding stemmed from my upbringing as an only child, my exposure to guys via different sports teams, and my subsequent attendance at a military institution with a 6:1 male to female ratio. Let’s just say that, although I admired the opposite sex, I didn’t know much about them other than the fact that they perplexed me and smelled wonderful.

My beliefs were quickly thrown out the hospital window when my baby was delivered. She was stunning, and I immediately assumed the role of her father. I was hers, and she was mine. The first time I held her, and later when she said “Dada!” and extended her arms to embrace me, my heart melted within me. Fears of not being able to love a girl as deeply as I used to vanished as I transformed into the overly pleased father I’d always derided.

Now that my kid is still a toddler, I realize I still have a lot of things to learn (a fact that nearly kept me from writing this post in the first place). Teenage years loom ahead of me like a looming storm, tempting me with tongue piercings and glittering lip gloss. But, even though I’ve only known my daughter for a short time, she’s given me some invaluable things that I would never have learned if she hadn’t graced my wife and me with her existence.

1) Men are built to defend. Whether or not it is fashionable in today’s culture, every guy has a desire to protect his loved ones. To make them feel secure while you’re present, like a powerful lion guarding the rest of the pride. Though I’m sure this impulse exists in guys as well, the tremendous desire I feel to protect my daughter is stronger than anything else I’ve ever felt. It’s not a sensation that has to be built up; it simply exists, like cement, daring to be moved.

Taking up the position of guardian necessitates a change in demeanor. I’m more mindful of my surroundings and where I’m bringing my infant now, rather than walking blindly into any dark alley. When other people’s irresponsible acts intrude on my daughter’s life, I become a little less compassionate. I used to train out only for the sake of appearances; I wanted to look nice. Now I exercise knowing that I may be the only person between an invader and my wife and kid if they are attacked. I’d be negligent if I didn’t mention the time I’ve spent devising intimidation strategies for potential lovers. Best wishes, Johnny brace-face.

2) Girls prevent a man’s heart from hardening. Perhaps it’s because I attended to a military institution or spent too much time watching “Gladiator,” but I noticed that my heart had hardened with the birth of my kid. Compassion, tolerance, and grace were all missing in my character. “Second place was the first loser,” “pain was merely weakness leaving the body,” and so on were my beliefs. I was quite proud of the order and efficiency with which I handled my life and household. When I looked into the eyes of an innocent young girl satisfied with blowing bubbles, chasing butterflies, and eating excessive quantities of cheese, these tough-guy attitudes appeared a little absurd.

Since the birth of my daughter, I have accepted that not everything in life is merely a resource that must be committed to some final achievement. It’s not the end of the world if we don’t do all of our duties. My vehicle used to be pristine, but now it’s scattered with crushed cheerios and toys in the back seat…who cares! Schedules and plans become considerably more fragile when a kid enters one’s life. When my kid cries, I embrace her instead of trying to distract her with a motivating speech. She has kept my heart free of filth.

3) Every woman is the daughter of a man. There is little question that certain forms of sexism still exist in our society today. I didn’t give it much consideration until I had a daughter. Why should I worry if it had no direct affect on me, and I did my hardest to be polite to women? Raising a daughter and considering her future has made me reevaluate my views on sexism, the glass barrier, and even the role of women in the advertising and entertainment sectors. When HR starts their yearly sexual harassment training, I’m sure most males are like me, sighing and rolling their eyes, but things are a bit different when the victim may one day be your daughter.

I once attended a seminar about America’s sex-obsessed culture. The guy spoke about pornography, sexual addiction, and abuse, but one remark elicited stunned silence from the whole crowd. “Remember this: That girl is some man’s daughter every time you choose to watch pornography, go to a strip club, seek a prostitute, or treat a woman like a piece of meat rather than a person.” Men sat quietly, and those who had daughters terrified at the prospect of a man abusing their daughter that badly. Women are more than classmates, coworkers, and friends; they are also daughters.

4) Take it easy. My buddy and I were strolling to the library with my daughter the other day. She had just recently begun to walk, so she was a little inconsistent. Giggling, speeding up, slowing down, and pausing to pick up a stray leaf. “Wouldn’t it be amazing if a stroll to the library was this much fun?” my buddy said as we watched her take in the world around her. I laughed for a bit before realizing that this was one of the great benefits of having a tiny kid in my life. Slow down and appreciate the minor, apparently trivial events in life. I had previously attempted to fast through or multi-task my way through them.

“Wherever you go, there you are,” a friend’s mother reportedly told her children before embarking on a lengthy vacation abroad. The wise words have stayed with me for years because they show a way of living that refuses to take anything for granted. When a loved one attempts to connect with us, how often do we chat to our pals while attempting to check our e-mail on our iPhone, or allow our thoughts wander to the remainder of the day’s errands? Children approach life in a very different way; they take their time, focusing only on one activity at a time, and are unconcerned with what lies before or behind them. Perhaps we might learn something from them.

5) Living for the sake of someone else.

“No man has ever reached the true heights of spiritual masculinity until he discovers that serving others is preferable than serving himself.” – Woodrow Wilson, President of the United States

Marriage is the first lesson in learning to live for someone other than ourselves that most of us get. Children demolish all our conceptions of self-righteousness just when we think we’ve figured out the lesson. Changing diapers, feeding, and cleaning at all hours of the night are all vital components of having a healthy kid, and they’ve been instrumental in driving me to give up some of my selfish habits. My kid couldn’t care less whether I had a well-planned itinerary or if I had a flight early the following morning. She always pushes me to adore her regardless of the circumstances.

One of the greatest tests of masculinity, as I previously said, is whether or not one has learnt to give up one’s life in the service of another. This concept may make some people uncomfortable, but it’s been one of the most accurate signs of actual masculinity I’ve come across. Being selfish doesn’t require much effort. It is, in fact, one of our most natural ways of life. Children appear in our lives as small rebels, fighting against our “me first” mentality. My daughter has shown me the lovely battle that parents go through when it comes to committing their life to their children. It isn’t easy, and it frequently hurts, but it develops a depth of character that can only be appreciated by those who have walked in your shoes.

For many years, fathers have raised their daughters into young ladies. It used to terrify me, and it still does, but I’d sacrifice my life to pursue it any day.

Listen to our podcast about how to raise a girl vs a boy:

The “art of manliness raising a son” is a blog post that was written by John Durant. It talks about the lessons he learned while raising his daughter.

What have I learned about parenting?

A: You should always be honest with your children and give them a chance to make their own mistakes.

What can we learn from daughter?

A: Daughter is a very important word. It means the daughter of your parents or children that you have brought into this world and who are younger than yourself.

What have you learned from your dad?

A: I learned that it is important to be truthful and honest in your relationships. Mentoring others can help them grow, but also improve yourself in the process. 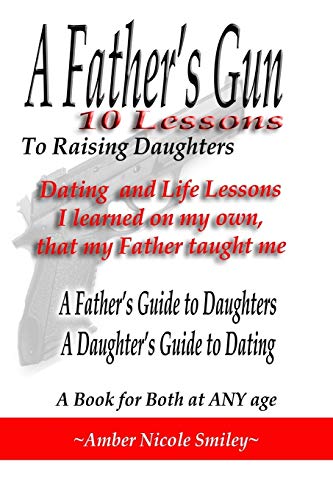 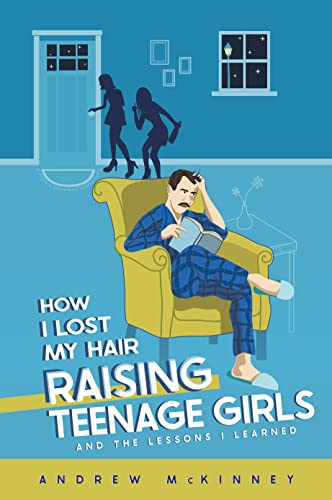 Amazon.com
How I Lost My Hair Raising Teenage Girls: and the lessons I learned
$6.49
BUY NOW 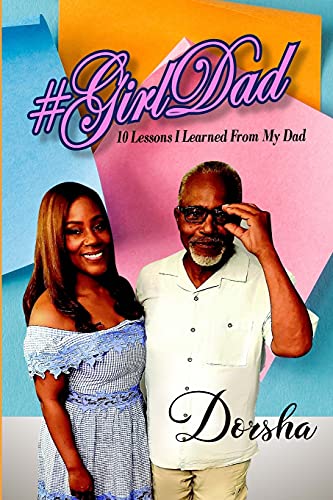 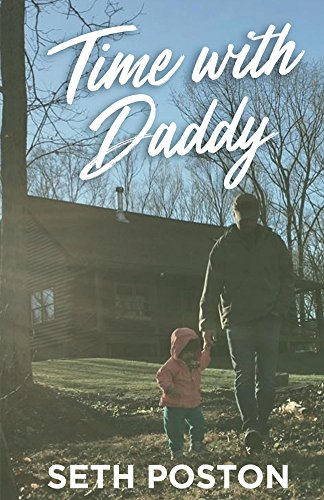 Amazon.com
Time with Daddy: 5 Lessons I Learned From my Daughter
$3.99
BUY NOW 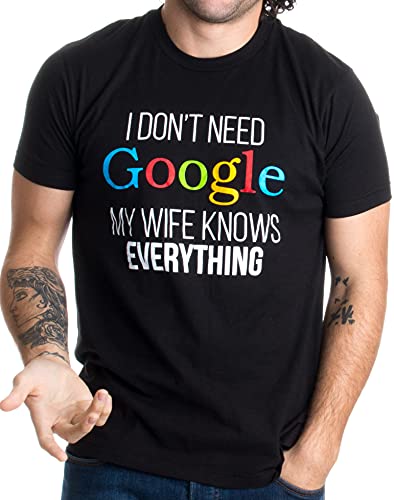 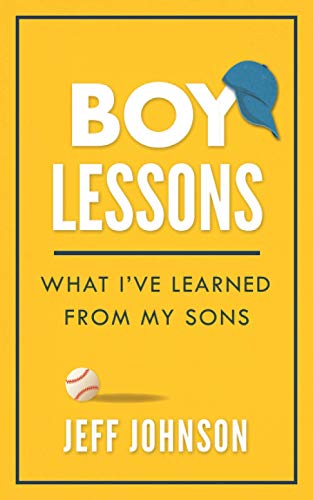 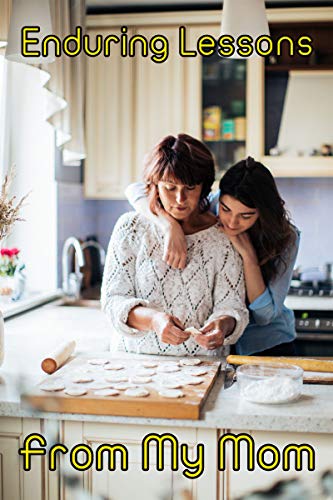 Amazon.com
Enduring Lessons From My Mom: I Learned How to Live by Watching My Mother I...
$9.99
BUY NOW 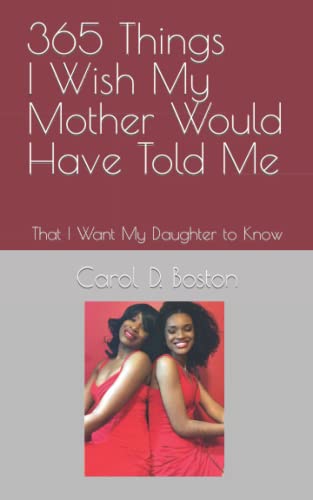