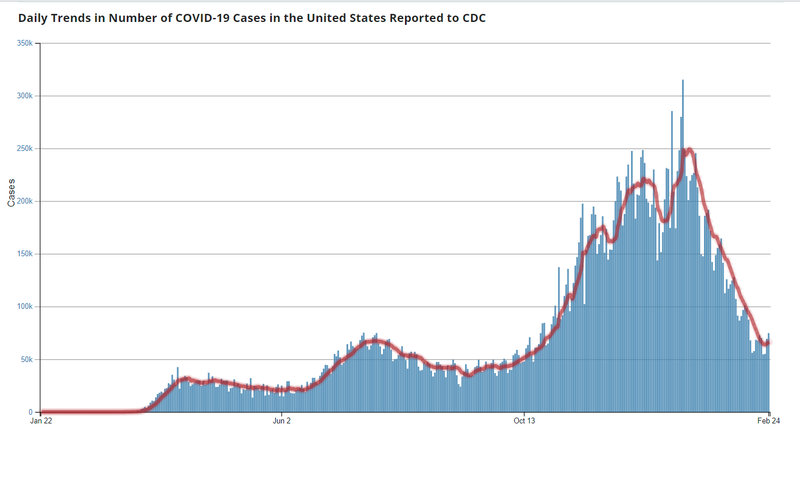 The pandemic has certainly changed our lives over the past year. The year 2020 is extremely devastating. We’re all hurt. Most of us have been exposed financially (in one way or another), socially and even tyrannically (to varying degrees).

When this came out in the early 2020s, I wrote about it a lot – as soon as the news broke. Most of us were ahead of the curve and able to support ourselves long before the shortage. Fortunately, as time went on, it became apparent that it was not the end of the world, so to speak. As real medical science began to emerge, I moved away from the gloom of this pandemic. Although the mainstream kept the panic going.

We have witnessed a kind of political science attacking medical science (or medical science disputing or contradicting its stories). We have seen politicians take far-reaching decisions and decrees, many of which have caused great harm. The pandemic has been used by the mainstream media to instill false or disproportionate fear in the minds of the masses, even after it became clear that we would not all die…. This fear has been exploited for maximum political gain.

All crises are used for political and financial purposes. The year 2020 was no exception. But here we are, a year later, in 2021. I have read many reports and statistics on how these things end up. And I was wondering… What are they going to do when the public realizes this thing is really falling apart? It’s about money and politics. You gotta keep moving, right?

Anyway, I read an article this morning that I’d like to share with you. Permission granted by their Creative Commons license.

(I have added section titles).

There is a feeling in the air that the pandemic is coming to an end.

There is a feeling in the air that the pandemic is coming to an end and with it the toxic culture of division, fear and hate. Business is down sharply. So is death. Hospitals are no longer irregular. The restrictions have been lifted. You can follow all the action every day on CDC’s new viral homepage, which is exceptionally competent (it only took a year to create).

Despite all the talk of a new, normal, endless term, the hope that all of this can be unraveled soon is fueled by the strength of public impatience and frustration with political constraints and the scramble to avoid accountability by walking away from everything they did last year.

The list of characters and symbols can be very long.

Those who have devoted their careers and their lives to this pandemic and the politics surrounding it may soon have to give it new meaning. Then the reassessment begins – how it happened, who did it, how to make sure it never happens again – and it doesn’t end, perhaps for decades.

It was very interesting to see the first designs on the causes. There will be some superficial attempts to include barriers, masks, separation of people and shutdowns to somehow get rid of the virus. The problem is that there is no evidence for that. There are many other explanations related to herd immunity and seasonality (another way of saying the pathogen comes and goes), and perhaps more accurate tests.

For example, the very reasonable Jennifer Beam Dowd of Oxford mentions many factors in this new article (while downplaying the role of vaccines), but says about masks and the like that it is difficult to determine their specific effects, and that cases are declining in almost every state, even with a wide range of interventions.

Calculations are made over months or even years.

The calculations will take months, even years. At the end of the day, people will wonder why we have taken such extreme measures that have destroyed so many lives, when the endemic balance will come over time, regardless of all these measures. We have tried an insane experiment in social and economic control, and we have little evidence that it has made a big difference to the virus, but huge evidence that it has demoralized and destroyed the lives of billions of people.

What about the opening? There will still be people who will be scared, who will still be dealing with the deep psychological trauma of watching television reporters scream in panic for almost a year. But a new majority will rise, more than ready to return to real life.

And so the opening continues, first slowly, then quickly, then all at once. The turning point is for the public to start thinking rationally again, not to get locked in, and to decide to trust themselves and the medical community instead of powerful elites who only pretend to care about diseases. The trauma remains, of course, but so does the healing.

Last April, at a more naive time, I really had thought that these closures and restrictions could not last. I underestimated both the public panic and the government’s willingness to double and triple down on policy for impossible goals.

I also revisited what I had previously imagined as a widespread commitment to freedom and property that might inspire early social rebellion. So here we are a full year later, with local slaughter reports by the day and hour. It’s certainly a huge mess, but the end seems to be in sight, and that’s a good thing. Let the countdown begin.