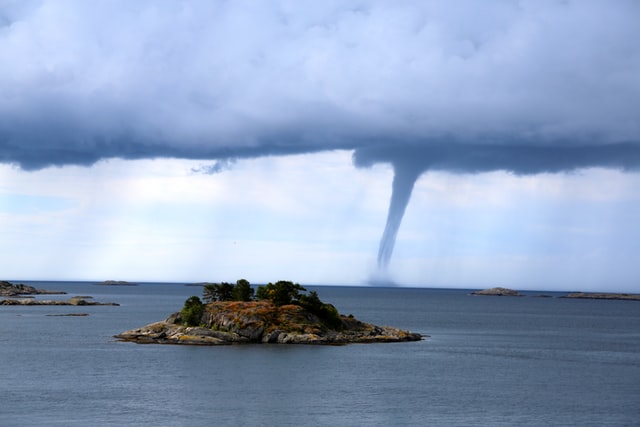 Tornadoes are rapidly rotating vertical air funnels. Their winds can exceed 250 miles per hour and leave a trail a mile wide and 50 miles long.

These violent storms occur all over the world, but the United States is a major hotspot, with about a thousand tornadoes a year.

The most violent tornado to ever hit the United States was the Tri-State Tornado. In 1925, 695 people died and 2,027 were injured. The tornado was 219 miles long, making it the longest ever recorded.

What is a tornado?

A tornado is a violently rotating column of air that extends from the thunderstorm to the ground. It is often heralded by dark green skies, black storm clouds approaching, and a baseball-sized storm can develop.

The funnel rises abruptly, as if falling from a cloud. The funnel hits the ground and roars with a sound similar to that of an approaching freight train. A tornado destroys everything in its path.

Because wind is transparent, it is difficult to see a tornado unless it forms a vortex of condensation caused by water droplets, dust and debris. Tornadoes can be one of the most destructive events of all atmospheric storms that one can experience.

How does a tornado form?

The most extreme tornadoes are caused by supercells, large thunderstorms where the wind is already turning. About one storm in a thousand becomes a supercell, and one supercell in five or six produces a tornado.

photo by Espen Bjerud on Unsplash.

Tornadoes can occur at any time of the year, but they are most common at various times in early spring in the Gulf of Mexico. The season follows the jet stream – the further north, the more tornadoes there are. May usually has more tornadoes than any other month, but April tornadoes are sometimes more intense.

Although they can occur at any time of the day or night, most tornadoes form in the late evening. At that point, the sun had warmed the earth and atmosphere enough to cause thunderstorms.

Dense cold air feeds into warm air and usually creates storms. Warm air rises through the cooler air and provides refreshment. The update begins to run when the wind speed or direction is different.

As the rotating modification, called a mesocycle, extracts more hot air from the moving storm, its rotational speed increases. The cold air delivered by the jet stream, a strong band of wind in the atmosphere, provides even more energy.

Water droplets from the moist air of the mesocyclone form a funnel-shaped cloud. The funnel continues to grow and eventually descends from the cloud. When it hits the ground, it turns into a tornado.

How can I predict a tornado?

The first step in predicting the possible occurrence of tornadoes is to identify areas where conditions are favorable for the development of severe thunderstorms.

The main components of these storms are cold, dry air at mid-height of the troposphere, covered by a layer of moist and possibly unstable air near the surface.

U.S. forecasters have learned to closely monitor wind patterns in unstable regions and measure changes in temperature and wind throughout the day while tracking the movement and strength of the jet stream.

Meteorologists use Doppler radar, satellites, weather balloons and computer simulations to monitor severe storms and tornadoes in the sky.

Doppler radars record wind speed and detect areas of vortices during thunderstorms. Since the use of Doppler radar, tornado warning times have increased from less than five minutes in the 1980s to an average of 13 minutes in the late 2000s.

When weather conditions are conducive to tornadoes, the National Weather Service issues a tornado watch. When a tornado is detected or indicated on radar, a tornado warning is issued.

How to survive a Tornado?

Knowing what to do if you see a tornado or hear a tornado warning can help protect you and your family. People are exposed to excessive winds and are at risk of being hit by flying and falling objects during tornadoes.

After a tornado, the debris left behind indicates an additional risk of damage. While there is nothing you can do to prevent a tornado, there are steps you can take for your health and protection. 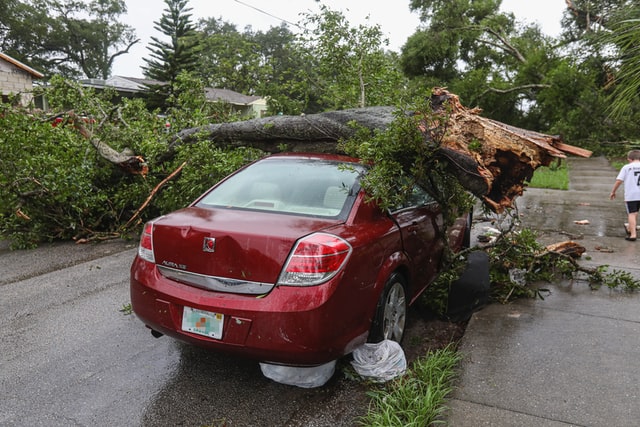 Since tornadoes can develop quickly after a thunderstorm, it is important to always be prepared. Prepare for a tornado by investing in a tornado first aid kit.

For safety and protection

Disconnection of utilities and other functions

For communication and light:

For hydration and nutrition

For medical, hygienic and sanitary purposes

Tornado damage can occur within seconds. They often result in the loss of life and the destruction of homes, businesses and entire neighborhoods.

Although the strongest tornadoes can destroy and demolish almost any home and everything in it, extremely powerful tornadoes are rare. Most tornadoes are much weaker. You can survive a tornado if you take safety precautions.