Coast FL19 Headlamp, by The Novice

Lighthouses were initially developed for the mining industry. Most other professions could rely on natural light for at least part of the day, but civil engineering was always practiced away from the benevolent light of the sun. For thousands of years, miners have carried an artificial light source, such as. B. a torch, candle or lamp, in the pits. They attached their light source to the wall of the shaft and got to work. Around 1850 or so, someone in Scotland had the genius idea of attaching a small oil lamp to the edge of the lid, and the headlamp was born.

The first headlights with oil fuses were smoky, dirty and didn’t give much light. In the early 1900s they were largely replaced by the carbide lamp, which used a cleaner, brighter acetylene flame. The problem was that kerosene lamps and carbide lamps used an open flame that could ignite explosive gases, such as methane that had accumulated in mines. Several large explosions in the mine in the early 1900s led to the development of the incandescent lamp, which was used from the mid-20th century onwards. It was very widespread in the early 20th century. In the 1970s, incandescent lamps began to compete with colored bulb technology, followed by LED technology in the 1990s.

Battery technology also underwent significant changes during this period. The lighter batteries could be integrated directly into the lighthouse instead of being worn on the miner’s belt and attached to the lantern by a cord. In the following years, this improved technology was also passed on to consumers.

Each year our church buys birthday gifts for all the missionaries we support. I have been a designated buyer for many years. I consider myself an eccentric buyer. This is particularly unfortunate for women missionaries (they have been given pink knives by the Swiss army in the past, for example). But I do my best and always try to keep an eye on what missionaries might find useful.

I was in a hardware store recently and noticed the Coast FL19 light on the cash register lid. FL19 looked interesting. Most of our missionaries sometimes work outside at night. I knew from my own experience how useful a headlamp could be in these conditions.

I recently reviewed some headlamps for SurvivalBlog. The eighth. April 2020, I have the Coast HX4 and the 5. In December 2020, the Pelican 2620 HeadsUp Lite was tested. They are both great beacons, but they both have a significant drawback. The disadvantage of the HX4 is the insufficient battery life. The disadvantage of the 2620 is that it is not equipped with night vision protection in red light. FL19 seemed able to overcome both disadvantages. I decided to take a look.

I contacted Coast and asked if I could borrow the FL19 aircraft to test and evaluate it. Four days later, I learned that Coast had granted my request. Then, five days later, a package arrived with a sample.

The projector is contained in an extremely strong sealing package. It comes with three pre-installed Duracell AAA batteries. The on/off switch on the front of the packaging allows potential buyers to test the lamp without opening the packaging. This is a good feature for interested buyers. This feature can be frustrating for retailers when dealing with careless customers who forget to turn off the light after the test.

The color scheme of the test unit is all black, except for the large red switch on top of the lamp and the diamond-shaped reflectors on the headband.

The large switch is easy to operate, even with gloves on. By pressing and releasing the switch, the light changes successively from bright to dimmed, from red to off. Brightness is estimated at 330 lumens for 3.25 hours. The low light is good for 45 lumens for 17 hours. The red light is not rationed.

In terms of water resistance, the FL19 has an IPX4 rating. This means it can withstand water splashes, but not water immersion. Thus, the user should be able to wear FL19 when baptized as a Presbyterian, but not a Baptist.

The hinged block head allows the beam angle to be adjusted from top to bottom. It comes with helmet clips and has a lifetime warranty. Unfortunately, like many consumer goods, it is made in China.

My first test for a lighthouse is the dog walk test. I’ve been using it for about a week now to walk the dog every day, light the wood stove outside, shovel snow and do other outdoor chores. This means that the lamp will burn continuously for about half an hour to an hour every day, regardless of the weather conditions.

A Norwegian proverb describes my attitude towards good weather for walking the dog: There is no such thing as bad weather. Just bad clothes. Our walks are based on the clock, not the weatherman. I’m just getting dressed for the weather and leaving.

A simpler saying defines the attitude of my dog, Tucker, toward walk time: There is no such thing as bad weather! It doesn’t matter if it’s pouring rain or a blizzard. When I ask Tucker if he wants to go for a walk, he’s ready and willing. Sometimes, when the weather is bad enough, his head, ears and tail start to sag halfway. But five minutes into the walk, when I ask Tucker if he wants to do it again, he’s hungry for another round.

The white backlight, bright and dim, creates a wide and pleasant stream. The red looks more like a spot surrounded by a darker halo. I think I’d prefer a simple projector for the red adjustment, although I can understand the reason for the weakened red light focus, which can be useful at longer distances.

Heavy rainfall during the test confirmed that the device is weatherproof. The lighting worked well, even in cold weather.

The beam angle could be easily adjusted thanks to the rotating lamp head. It is not heavy and is positioned close to the head for a comfortable fit. It’s so handy that a few times I forgot I was wearing it after I turned it off and started another job.

After two and a half weeks of satisfactory performance in the dog walk test, with no noticeable blackouts, I decided it was time to move on to the endurance test. I removed the alkaline batteries and replaced them with three freshly charged AAA Eneloop 800 mAh batteries. Then at 6:30pm, I set the headlight to low and left it on.

At 2:30pm, the lights slowly began to dim. At 6 a.m. the light was still on, but it had become so dim that its practical value was questionable, so I gave up the test. With low-speed rechargeable batteries, the projector could produce at least eight hours of usable light. These are the minimum standards I was looking for.

After charging the Eneloop batteries, I began the endurance test at the red light. The test started at 21:28. The lights shone all night and were still working at 8:35 the next day. At 11 o’clock the lights were out. With rechargeable batteries in the red section, the projector can produce at least 11 hours of usable light.

I checked out the headlamp mainly as a possible gift for our missionaries. I emailed these men and asked them if they had any good gift ideas for their wives. (I was not very enthusiastic about my own ideas). One missionary spontaneously mentioned in his reply that his wife would like to have a headlamp. So I didn’t know if I should give them both headlights, or give him headlights and give him something else.

I was completely satisfied with the performance of the Coast FL19 lighthouse. I plan to purchase at least one headlamp for each of our missionary families who can receive such gifts without unnecessary complications from customs officials.

Coast tells me that if you want to order from them, you can use the discount code FX25 to get 25% off. (At the time of writing, the code is in effect).

Coastal has been kind enough to give me a unit to test. I was careful that their friendliness did not affect my FL19 ranking. I believe I have done an objective and accurate examination of the product.

Night navigation makes its way through the night landscape. Even though it… 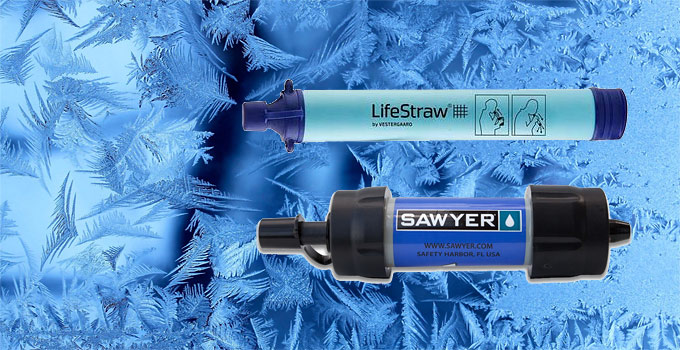