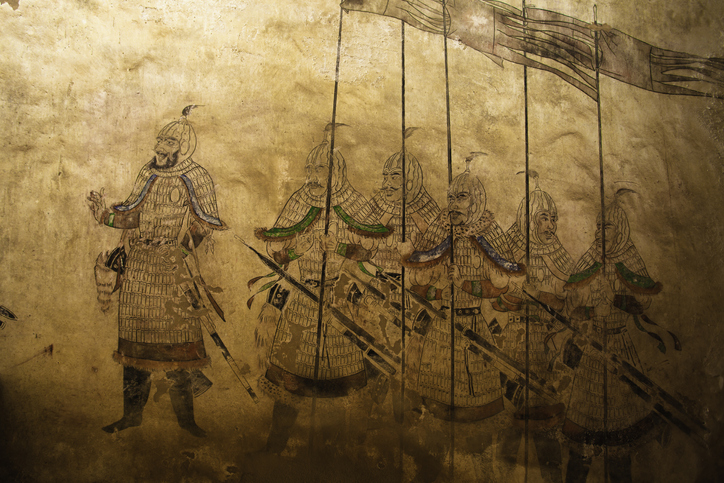 Humans have been conducting war since the beginning of time, and it is one of our natural instincts. Whether you’re a leader or not, knowing how to win wars will save your life in some instances. In this article I’ll give an overview on what makes up a good leader and why they are important for survival as well as insight into bad leadership which can lead to victory or defeat depending on the player’s need for adaptation.

“The Art of War: Good Leaders vs Bad Leaders” is a book written by Sun Tzu in the 6th century BC. It’s about leadership and how to be good or bad at it.

The following is an excerpt from Antony Cummins’ The Ultimate Art of War, in which the author provides a new translation as well as a distillation and discussion of Sun Tzu’s principles. The text below gives a quick overview of the characteristics that Sun Tzu believed distinguished terrible from excellent leaders.

Characteristics of a Poor Leader

Sun Tzu mentions the following five personality traits that, if proven to be dominant in a leader’s personality, would bring that leader’s army to its knees:

1. Imprudence. Leaders that rush ahead to fight at every chance and view any scenario as justification for a conflict will eventually lose their army.

2. Excessive caution. Leaders who avoid conflicts, search for a way out, and are consumed with the desire to return home safely will be encircled and caught, as the adversary will find a method to pursue them into a trap.

Hot-Headedness is number three. Leaders who are easily enraged are vulnerable to being provoked into launching war without a strategy.

Vanity is number four. Character assassination and defamation may be used to influence leaders with great self-esteem and a desire to protect their noble reputation at any costs.

Excessive Compassion is number five. Leaders who are too concerned with their people’s well-being may lose sight of their goals. As difficult as it may seem, you must be willing to tolerate some collateral damage throughout a campaign. If the opponent believes you are attempting to prevent any kind of fatalities, they may try to influence you by targeting people, knowing that this would cause you to get confused.

All people have the five qualities listed above, but none of them should be dominant. Allowing your personality to become an apparent target for the opponent is a bad idea.

War Advice: Don’t rush into combat or flee too quickly. Do not be hasty in your rage or put too much value on your own honor. Accept that in a conflict, there will be casualties.

The Characteristics of a Great Leader

According to Sun Tzu, an army should be led by a single individual who makes each soldier feel as though he or she is being personally guided by the hand. This is how you get the troops to work together.

The ideal leader will possess the following characteristics:

1. Quietness. A good leader is neither irritable nor obnoxious. “Power” is not the same as “force,” and intimidation will not keep an army together for long. As a result, keep your cool most of the time and only expose your teeth when absolutely essential.

3. Impenetrability. You must also be unreadable, so that even if an enemy spy infiltrates your camp and studies you closely, they will not be able to read your thoughts.

Self-discipline is number four. Obeyance, discipline, and self-discipline are not the same thing. Many individuals are submissive, and others are compelled to be disciplined, but few are self-disciplined. While others relax and unwind, a good leader works and only takes a break when it is appropriate.

5. Confidentiality. It’s a fine line to walk between keeping things under wraps and informing your leadership team. If there is too much secrecy, the leadership team will get enraged; if there is too little, plans will be revealed. Sun Tzu seems to favor greater secrecy and other means of keeping his command squad loyal.

6. Taking the Lead. Always be among your troops (albeit maybe not at the front), be visible, and gain the soldiers’ respect by sharing their sufferings. Sun Tzu used a variety of imagery to support his claim that the commander is “among the soldiers.” The leader leads the men up a ladder, which is later kicked away, preventing them from returning. Alternatively, the army is shown as a large herd of animals marching in lockstep, with the commander in the middle commanding them all in unpredictable ways. In all risky circumstances, stay with the soldiers while remaining unnoticed by the adversary.

7. Accountability. As a commander, you must firmly take command of the whole army. Keep yourself at the heart of everything and employ your soldiers as efficiently as possible to get the finest outcomes.

A ideal leader is calm, unpredictable, unreadable, self-disciplined, discrete, in the thick of things with the soldiers, and in complete charge from the center.

A ideal leader is calm, unpredictable, unreadable, self-disciplined, discrete, in the thick of things with the soldiers, and in complete charge from the center.

The “art of war deception quotes” is a book that contains many quotations from the Chinese general Sun Tzu. The quotes are about how to lead and win battles.

What does The Art of War say about leadership?

A: The Art of War is a Chinese military treatise written by Sun Tzu in the 6th century BC. It has been one of the most influential works on western military thinking and philosophy ever since it was translated into Latin in 1670, during which time it also became an important source for modern European theory as well.

What makes a good leader in war?

A: A good leader in war is the one who has won more battles than anyone else. They have a track record of success that inspires confidence. Thats why you find Napoleon and Caesar to be such great leaders because they were victorious in their respective wars, with them being the best at what they did, despite many people not thinking so at first.

What are the qualities of a bad military leader?